Why Processing Emotions Together Matters in Business 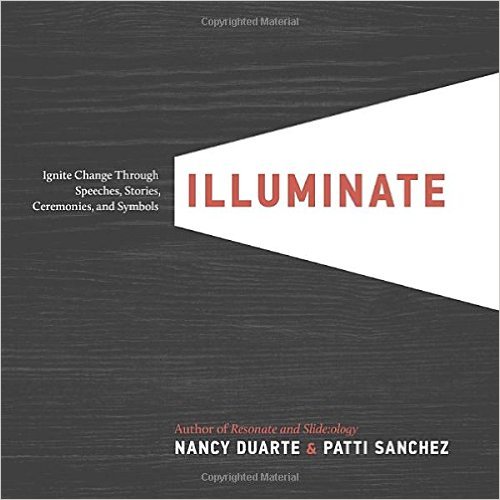 For thousands of years, we’ve marked changes, large and small, with ceremonies—physical events that unite people and help them process change. Whether that’s putting your child’s tooth under her pillow and waiting for the Tooth Fairy, or pulling out all the stops for a big product announcement, the intent is the same. We’re acknowledging our transformation from one way of being to another—together. We start the ceremony one way, and emerge another. This behavior is engrained in us. In fact, people of nearly all cultures perform ceremonies of some kind. The most common form is a rite of passage, a ceremony that recognizes important transitions in life, like a graduation, baptism, or wedding.

Perhaps one of the reasons ceremonies are so universal is that they share many of the same properties as stories—another ancient human tradition. Both stories and ceremonies focus on the transformation of a central figure, or hero. And just as stories have a beginning, middle, and end, ceremonies have a beginning, middle, and end as well. In a rite of passage, the individual separates from his old way of life, symbolically marks his transition, then returns and is reincorporated into the group but with a new role and a new set of principles to live by.

But while a story’s power lies in its ability to help us to imagine what experiences must be like, a ceremony is even more powerful because it allows us to understand where we are in our own journey and actually play out the experience in a unified and concentrated form. During ceremonies, we do more than listen or read. We act, and we act as a group.

Education author Judy Dodge has said that the more parts of the brain we use, the more likely we are to retain information. Because ceremonies are rich, sensory experiences that require us to see, listen, and act, participants are more likely to remember the experience. In fact, research by the Royal Melbourne Institute of Technology found that ceremonies also enhance communication by, “eliciting arousal, directing attention, enhancing memory, and improving associations.”

More than that, ceremonies are often designed to trigger our emotions either by expressing joy about an achievement or milestone or recognizing the pain that comes with a loss. And it just so happens that emotional experiences, too, are tied to enhanced memories.

Whether cognizant of these facts or not, great leaders instinctively hold ceremonies to help people process change. For example, when Jack Ma told his team about his crazy idea to create an e-commerce site that would compete against eBay in China, he had them all literally stand on their heads to see the world from a new perspective. In order to revive employees’ spirits during a particularly tough season, returning J.C. Penny CEO Mike Ullman brought back the company’s tradition of holding pep rallies, complete with banners, cheerleaders, and a marching band.

Sometimes ceremonies take on a life of their own, like when Howard Schultz, Starbucks ceo (lower case per Starbucks), announced the organization’s new mission statement at the beginning of the company’s turnaround. At a gathering of 200 leaders, Schultz read the first line of the statement. Then, unprompted, another executive rose from the crowd to read the second. This pattern continued line by line until the entire mission statement had been read. The event was so powerful that it moved several people in the crowd to tears and serves as a perfect example of how ceremonies can change or evolve based on what people need—independent of what a leader might have planned.

Because ceremonies offer the ability to engage multiple senses, they’re also the perfect platform for incorporating multiple formats. Audio, video, physical artifacts, and shared acts of creation all enhance the experience. For instance, when our own company, Duarte Inc., started its season of change, CEO Nancy Duarte acknowledged the transition in a ceremony during our 2012 vision meeting. In order to drive home the point that the journey ahead would be hard and long, but also worth the effort, she asked everyone in the room to close their eyes while she played a recorded, guided visualization.

During the visualization, Duarte employees imagined trying to push a gigantic flywheel into motion. By imagining the work it would take to move the flywheel and envisioning their eventual success, employees experienced a taste of the journey ahead of them in a concentrated form. I remember opening my eyes after the visualization and sharing glances with others in the crowd. You could tell the tenor of the room had changed. But this is far from the only ceremony we’ve held in the last four years. We’ve held ceremonies to celebrate wins, to mourn losses, to let go of old ways of thinking, and to accept new ones together.

There’s no one good time to hold a ceremony. Any time there’s a need to process emotions around change is a good time. And though we often underestimate the emotional impact ceremonies have in business, people won’t forget the feeling they walk away with—at least not any time soon. These rich experiences stay with people. The next time you’re faced with a milestone, don’t give in to the temptation to let it pass by. Celebrate it. Mourn it. Or just give people a few minutes to acknowledge it. Not only will they remember the moment, but they’ll use the connections they’ve built by processing their emotions with a group to help carry them forward through the rest of the journey.

The post Why Processing Emotions Together Matters in Business appeared first on Brian Solis.

In business, as in life, the one thing that’s constant is: change

In our personal lives, babies lose their teeth and grow adult ones. We have our first day of school then eventually graduate. We meet someone whom we someday marry and have children with. In our professional lives, we work toward big goals that result in big successes (and occasionally failures). We promote great products. Then, we evolve those great products into even greater ones. And we watch the organizations we’re a part of change and we decide whether or not to change with them.

Why Be an “Experience” Business? Because Customers Expect It

Behind the Brand Tony Robbins
Scroll to top

We may request cookies to be set on your device. We use cookies to let us know when you visit our websites, how you interact with us, to enrich your user experience, and to customize your relationship with our website.

Click on the different category headings to find out more. You can also change some of your preferences. Note that blocking some types of cookies may impact your experience on our websites and the services we are able to offer.

These cookies are strictly necessary to provide you with services available through our website and to use some of its features.

Because these cookies are strictly necessary to deliver the website, refuseing them will have impact how our site functions. You always can block or delete cookies by changing your browser settings and force blocking all cookies on this website. But this will always prompt you to accept/refuse cookies when revisiting our site.

We fully respect if you want to refuse cookies but to avoid asking you again and again kindly allow us to store a cookie for that. You are free to opt out any time or opt in for other cookies to get a better experience. If you refuse cookies we will remove all set cookies in our domain.

We provide you with a list of stored cookies on your computer in our domain so you can check what we stored. Due to security reasons we are not able to show or modify cookies from other domains. You can check these in your browser security settings.

We also use different external services like Google Webfonts, Google Maps, and external Video providers. Since these providers may collect personal data like your IP address we allow you to block them here. Please be aware that this might heavily reduce the functionality and appearance of our site. Changes will take effect once you reload the page.