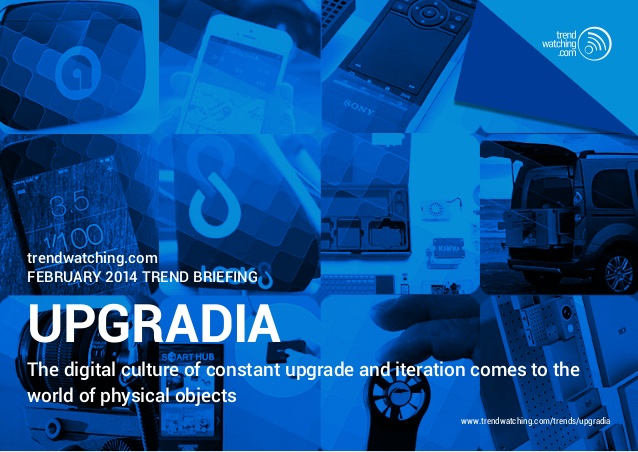 In this light, standard iteration cycles when it comes to physical products increasingly feel super-slow and uninspiring: “Six months, and all they’ve added is a slightly better camera?”.

At the heart of the UPGRADIA trend is the shifting of expectations that have been cultivated online – of constant upgrade, iteration and improvement – into the physical world.