Trend notes
You are here: Home / Trend notes / Trends / 25 trends that will make some people millions! 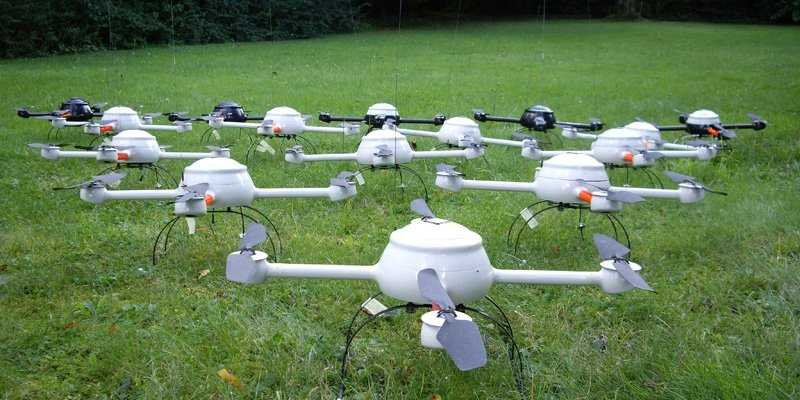 Are you considering getting your own personal drone? Well maybe just not right now? But if the predictions of  investing gadfly James Altucher is right in his  posted “cheat sheet” for what you should be doing with your money based on a spotlighted handful of “demographic trends”. You now will have a better chance to know what investors could get behind.

This may not make you a billion dollars. But it shows where things are going.

OR just browse through below:

WHY: Reuters’ Emma Thomasson says the mobile payment market is now “fiercely competitive and growing,” citing moves by Google, Apple, and PayPal to launch products. Big box retailers also recently announced a joint digital wallet service called the Merchant Customer Exchange, or MCX. And it’s not just dollars: Crypto-payment group Circle said it would soon launch its first consumer product that it’s calling the Skype of payments. Also for what it’s worth, we also recently explained why you shouldn’t be using cash.

WHY: Many Americans are getting older and/or more stressed. As a result, physical and mental therapy took the majority of the fastest-growing job occupations in the U.S. As Altucher noted, a growing number of baby boomers will start filling up more “special facilities” as well as requiring more treatment.

WHY: While the fate of Tesla’s Gigafactory is now somewhat up in the air, a recent report from Navigant argues worldwide revenue from lithium-ion batteries for electric vehicles will grow from less than $6 billion in 2014 to $26.1 billion in 2023. “The shift to lithium ion represents a major endorsement of the ability of this chemistry to perform consistently in an automotive environment,” David Alexander, senior research analyst with Navigant Research says. “Most of the major automakers have introduced battery electric vehicle (BEV) and plug-in hybrid electric vehicle (PHEV) models in the last two years, almost all of which use lithium ion batteries for onboard energy storage.” If even Bill O’Reilly is getting behind the potential for lithium ion-powered automobiles, you know this one’s only going to move up and to the right.

WHY: “Grid defection” is the word many utilities have begun to fear as homeowners move to become near-fully autonomous energy providers. A report from NanoMarkets says the global market for solar storage systems alone will be worth $2 billion by 2018. The adoption of lithium ion batteries in cars will help drive the cost of solar storage systems, most of which are basically repackaged l.i. batteries, downward.

WHY: Despite some temporary declines, wealthy farmers and non-farming investors continue to plunk down money on crops, Reuters says. That’s because there remains healthy demand for what comes out of America’s breadbasket, especially from China. Check out this chart from the USDA showing forecasts for Chinese imports of soybeans and corn, both of which the U.S. is the largest exporter of. Insane

WHY: Yes, the numbers have been grim of late. But data show the slack is slowly draining out of the 25-34 cohort not in the labor force. As Matt Busigin points out in his Most Important Charts In The World selection, the data suggest “there is a long uptrend in 25-34 employment coming.”

WHY: In their new book “The Second Machine Age,” MIT Sloan professors Andrew McAfee and Erik Brynjolffson argue increasing automation of the labor force will be a permanent feature of the economy. Thus robot-makers like Kiva Systems, which built Amazon’s warehouse bots, stand to see receipts climb.

WHY: A sub-trend of the above. Drones largely remain legal for personal use, and the market is now large enough that products are getting reviewed in the Wall Street Journal. Guangdong-based DJI, which makes drones for cameras, is among the most successful.

WHY: Chris Dixon argues that people have basically stopped using the mobile Web and now exclusively use apps. This means that the owners of app stores — that is to say, for now, the mobile phone developers — wield tremendous power. ” What if AOL or some other central gatekeeper had controlled the Web, and developers had to ask permission to create Google, YouTube, eBay, PayPal, Wikipedia, Twitter, Facebook, etc.? Sadly, this is where we’re headed on mobile.”

WHY: Shares in gene-testing companies like Myriad have seen some of the best performance of 2014. 23&me had seen strong consumer interest before the FDA temporarily halted sales of its testing kit. The company says it’s working with the agency to get its product back on the market.

WHY: It’s getting to the point where you probably have a friend, or a friend of a friend, who owns a Nike FitBit, a Jawbone, or some other device tracking their personal health data.

WHY: There’s a company called SmartWeave whose product prevents sweat stains. There are also companies developing new smart uniforms for the military. The sector is constantly growing.

WHY: Here’s a list of every company now offering on-demand personal services, via Steve Schlafman at RRS. There are more than 70. “The “uberification” of our economy signals a fundamental shift in the way that local services are discovered and fulfilled,” he writes.

WHY: The Supreme Court continues to loosen rules targeted at limiting the amount of money that can be spent on a political campaign. The Koch-brothers-backed group Americans For Prosperity spent $1.4 million on ad buys in Arkansas against Democrat incumbent Senator Mark Pryor, and has spent $30 million nationally, according to The Washington Post. Meanwhile, most members of Congress are now millionaires. There is no guarantee that you can earn a living off being a campaign manager, but the field is diversifying.

WHY: The companies that insure the insurers have adjusted well to climate change and the climbing toll of natural disasters. “In 2011, the costliest year ever for loss claims thanks to floods in Thailand and the earthquake that caused the Fukushima disaster, the 40 largest reinsurers made pretax profits of $5.4 billion (U.S.), according to Standard & Poor’s,” says the Toronto Globe and Mail.

WHY: Rents climbed 12% between 2009 and 2013 as the housing bubble pushed former homeowners into apartments. Seattle saw the largest YOY jump last year at 7.1% followed by San Francisco at 5.6%.

WHY: Online groceries generated more than $15 billion in sales last year. Amazon’s AmazonFresh is about to get expanded into Seattle, Los Angeles and San Francisco, and possibly a bunch more. Wal-Mart To Go has also already been up and running in the Bay Area, and just expanded to Denver.

WHY: You could have your groceries delivered to you — or you could have the ingredients for specific meals delivered in precise quantities and with detailed recipes. Blue Apron, the leading start-up in this field, now may be worth more than $500 million. Naturally, there are now at least a half-dozen other start-ups looking to edge their way into the space.

WHY: Goldman Sachs recently ranked Cabot Oil and Gas as the most undervalued stock in the market, and cited a host of other energy companies as having an untapped upside. The forward curve on gas futures doesn’t climb above $5 any time soon.

WHY: We recently explained why people keep investing in Bitcoin despite many recent headaches in the Bitcoin ecosystem: Its underlying technology — the Blockchain — is being called the next Internet. The companies incorporating blockchain remain in their infancy, but the most prominent one, Ripple, continues to raise millions of dollars from outside investors.

WHY: On Nov. 1, agriculture giant Monsanto bought a 7-year-old firm called Climate Corporation for about $1 billion. Founded by two former Google employees, Climate Corporation might be described as the expression of the “big data” movement in the farming sector: It takes figures from hundreds of monitoring stations and publishes real-time weather forecasts. We have also seen an increasing number of commodities futures move on weather forecast releases.

WHY: Researchers in Kentucky are on the verge of printing out the first-ever human heart. Medicine in general is becoming the major growth area in the 3-D printing field, as a significant part of the printer market remains confined to hobbyists.

WHY: Elon Musk and Jeff Bezos are paving the way for the first true “space age,” The SpaceReview’s R.D. Boozer writes. “SpaceX estimates that if they are able reach a point where the whole Falcon 9 rocket is recovered and repeatedly reused in such a manner, they may achieve launch costs for around one hundredth of what they currently are. If they successfully meet this ultimate challenge, then we are on the verge of the first true Space Age, with all of the spaceflights that have occurred before amounting to an expensive, decades-long process of baby steps leading to this new capability.”

WHY: The profitability models are still being worked out, but there is no doubt this is where the future of music lies. The purchase of music data service The Echo Nest by Spotify for an undisclosed amount signals where this is all going.

The Internet of (caring) Things
Scroll to top